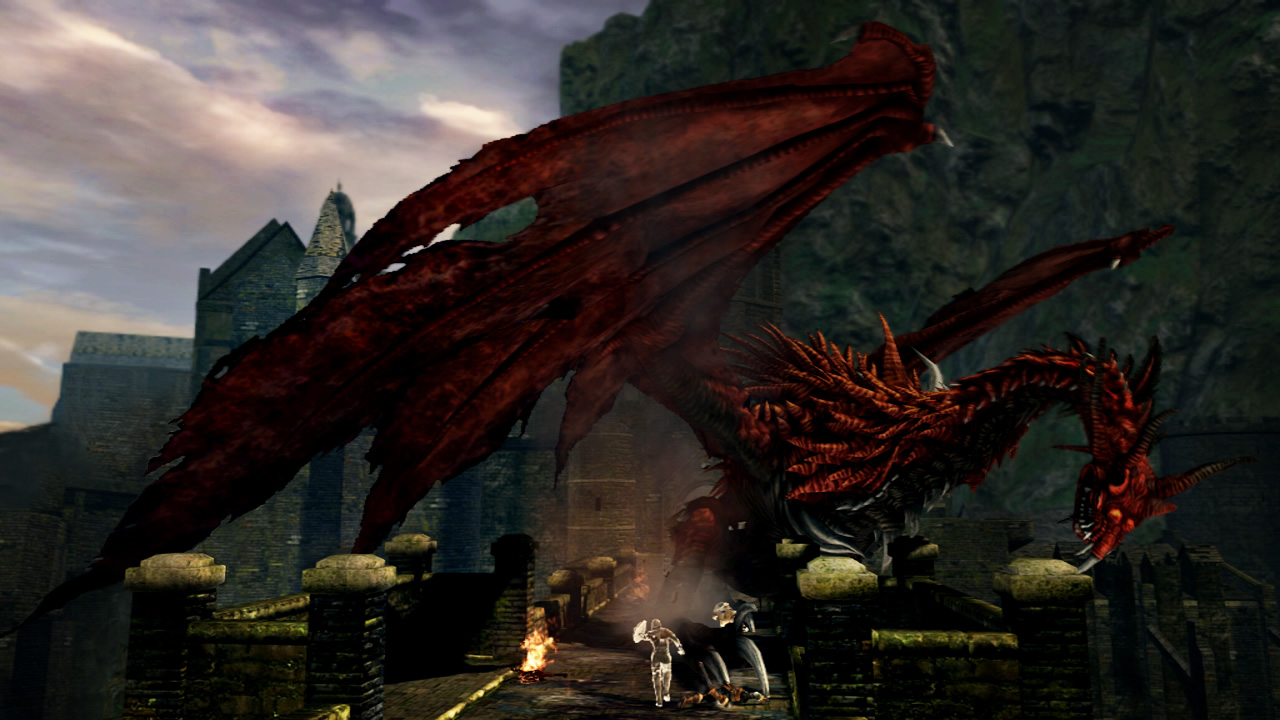 Also referred to as a combination of Bridge/Hellkite/Red, and Dragon/Drake/Wyvern.

The Hellkite Wyvern is first encountered after the Taurus Demon in the Undead Burg area. After climbing up down one flight of stairs, look across the bridge to see several undead waiting for you. If you run across the bridge at full speed with shield up at a light weight (less than 25% of your equip burden), you can make it all the way to the midpoint of the bridge without getting hit by his fire breath and duck into an area on the right side that lets you activate the first shortcut in the game (a ladder down to your previous bonfire). If you walk across the side of the bridge (without running) you can sneak to the midpoint without getting burned by the dragon as well. This is confirmed to work on both NG and NG+ of the PtdE. 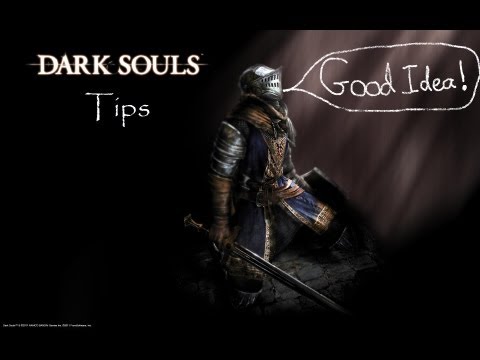 With a strong enough weapon and a bit of sprint/dodging
First agitate the dragon into blasting the bridge with fire killing off all the hollows, easy enough with a bow.
From the top of the stairs fire an arrow at the Wyvern and then switching back to your main weapon, run forward to where he should land. Once you're close enough hack away since if you're behind his claws his breath won't hit you. Once he leaps up into the air run back in the opposite direction to where he'll land and continue hitting away, repeat as necessary. I did this with a +2 Lightning Halberd and he only got to fly about once.
Ways to kill/pass the Hellkite Wyvern without directly engaging it:

Note: Before glitch killing for 10,000 souls, ensure that you have farmed the 300 souls you receive for just walking up the mid bridge stairs until it is obsolete. I have recorded 10 souls per second which helped me quickly buy next level magic and levels to move onto the next zone. You may be surprised how quick 10k goes when you kill him vs farming for much more.
(Glitches that have been patched out appear in red. )

A guide from a YouTube user demonstrating how to get the Drake Sword (called the Flying Dragon Sword in a direct translation): 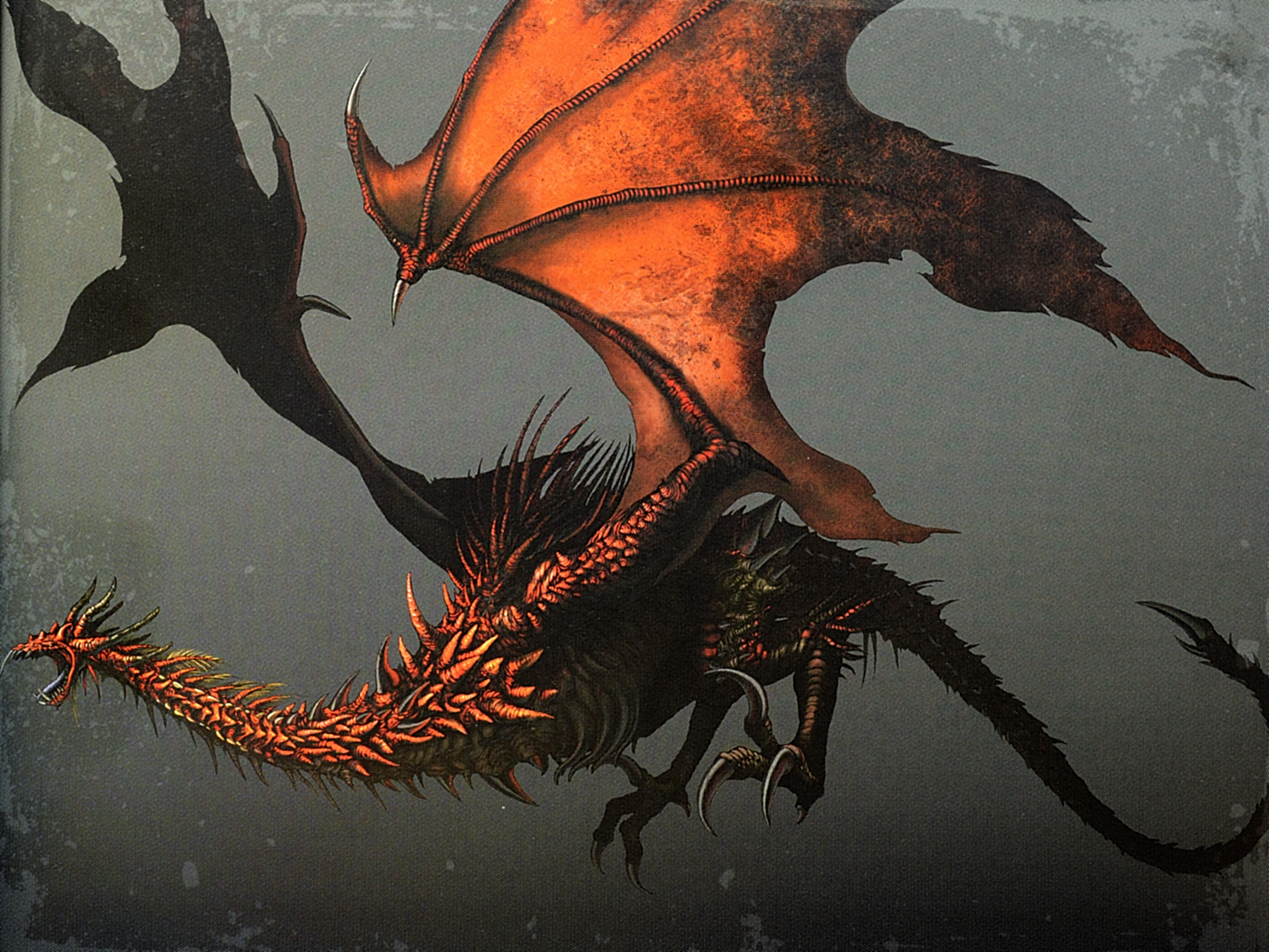