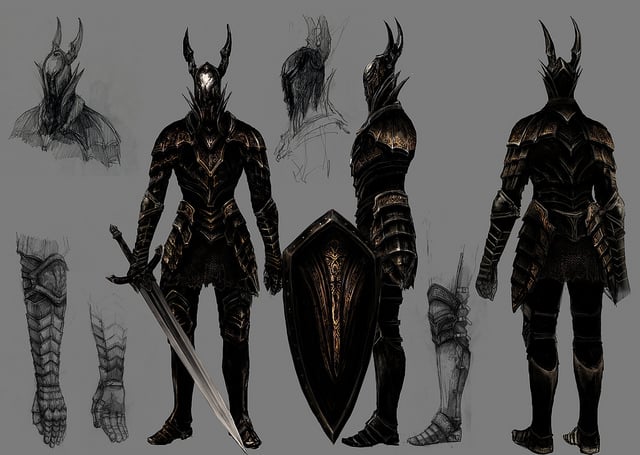 This enemy is clad in fine, black armor, wielding a remarkable sword that seems to be a Great Sword. Often guards rare treasure in earlier levels. While their attacks are very powerful, they're also very vulnerable to a parry by the player, quickly followed by a riposte attack.

There are additional variants to the Black Knight wielding different weapons which have a chance of dropping their respective weapons when defeated.

Kiln of The First Flame