Gigantic hat worn by the great sorcerer Logan. It completely hid his face, which led to his nickname "Big Hat."
Famously antisocial, Logan used this to block out noise and people's stares so he could focus on his own thoughts, but it does not posses any special magic powers.

Robe worn by Big Hat Logan. It is said to have been from his apprentice days at Dragon School, but it is so worn out, no one knows what it originally looked like.
Logan, who cared little for his appearance, no doubt ever bothered to change out of it.
Gloves/Boots- Apparel worn by Big Hat Logan. They are indistinguishable from the ordinary kind worn by travelers. 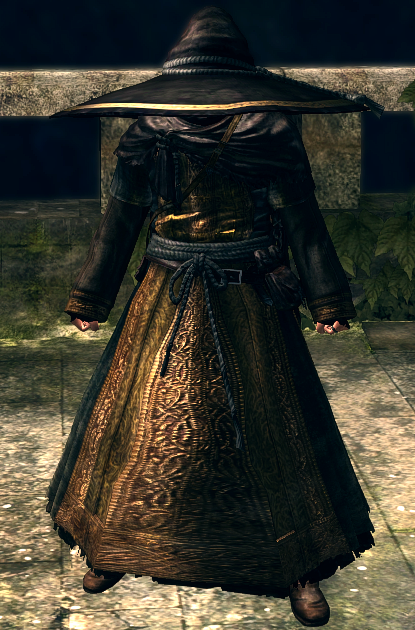